The melodica is a handheld musical instrument with a mouthpiece and piano-style keyboard.

The player blows through the mouthpiece, and presses one or more keys on the keyboard to produce a sound. It sounds like a cross between a harmonica (mouth organ) and a piano accordion.

The melodica is part of the ‘free reed’ family of musical instruments.

How many keys does a melodica have?

There’s also many other sizes, ranging from 26 keys (or smaller!) to 44 keys.

Having less keys limits the amount of songs you can play on your melodica.

The more keys, the less likely you are to run out of notes!

What are the different melodica models?

The vast majority of melodicas are alto melodicas.

But you do occasionally see a soprano melodica, which sounds one octave (8 notes) higher than an alto melodica.

The very first Hohner melodica, was a soprano model.

There’s only one melodica that can be classed as a tenor melodica.

There’s also 2 bass melodicas, both made by Suzuki.

One is the Suzuki B24 Bass Melodion, and the other is the Hammond Melodion Pro 24B (with internal mics).

Both of these keyboards are just under two octaves, ranging from the F2 to E4.

One quirk of these bass melodicas is that the notes can take a while to sound after you’ve started playing.

This is known as a ‘slow attack’.

They also take more air to play than the altos, because the reeds are bigger.

When was the melodica invented?

The word ‘melodica’ was invented in 1958 by the Hohner Melodica Company in Germany.

Their first model was the iconic green Hohner Melodica Soprano, which had buttons rather than keys.

The word ‘melodica’ is a trademark belonging to Hohner, so technically they are the only company allowed to call their instruments melodicas.

Their second issue, also in 1958, was the red Hohner melodica alto

But in the same year, we also saw the invention of the Clavietta in Italy

The Clavietta was much more like the melodicas we know today, with a piano style keyboard. It used high quality stainless steel reeds, and produced a beautiful sound.

It was designed by Andre Borel, and used by Nat King Cole and other high profile musicians of the era.

It’s made largely of metal, and can occasionally be found on Ebay.

The earliest melodica-style instrument in existence today is the Harmoniphon.

Currently housed at the Met Museum in New York, it’s “a free reed instrument patented in 1836 by Paris, Lecrosnier and Tremblai …A player would blow into a tube that provided air to sound the reeds, while using the keyboard to direct the actual pitches.”

What is the button at the bottom of the melodica for?

When you play the melodica, condensation from your breath collects on the metal reeds inside.

You might have encountered a wet melodica after an hour or so of playing – the notes stop working or start making strange sounds.

The ‘moisture release button’ at the end of the keyboard allows you to release that moisture.

Just blow through the mouthpiece while pressing the button.

How do you look after a melodica?

After each playing session, use the moisture release button to blow out any condensation

Leave the melodica upside down overnight, so the moisture can drain out.

When not playing, store the melodica it in its case or in an area protected from dust.

How do you clean a melodica?

Cleaning a melodica can help it play more smoothly, eliminate bacteria, and remove any unpleasant odours

For vintage or wooden melodicas:

But is the melodica a real instrument?

Although the melodica can look like a toy, it’s increasingly being used as a serious instrument.

When skilfully played, it can compete with any of the more established and traditional instruments.

Professional musicians and composers have started taking the melodica seriously, developing techniques such as circular breathing and 2 handed playing while standing.

How does a melodica work?

When the melodica player blows, the air travels through the mouthpiece and into a reed chamber. It continues to pass through a reed.

But what are reeds?

1) A frame, which is like a tiny metal window frame

2) A tongue, which is a tiny slither of metal attached to the inside of the frame

As air passes through the reed frame, it causes the tongue to vibrate.

The vibrating changes the shape of the air flow, into something called a sound wave.

This is the sound we hear.

There’s one separate reed for every note on a melodica. Each one is a different size – the smaller the reed, the higher the note.

Other instruments which use reeds, and have a similar sound to the melodica:

Can you play chords on a melodica?

Yes, just like a piano, you can play chords on a melodica.

The melodica is polyphonic, meaning you can play two or more notes at the same time.

The more notes you, play, the more air you will need. Chords of more than three notes can be hard work.

Tip: On a melodica, the lowest notes in a chord are the loudest.

Try playing the melody notes at the bottom of the chord instead of the top.

The first player to really popularise the melodica in the 1970s was Augustus Pablo.

He was a Jamaican dub artist, who become obsessed with the melodica at a young age, and used it in most of his recordings.

There are also several pop bands who use the melodica in their songs.

What are other names for the melodica?

The melodica is also known as the:

How are melodicas made?

Mass produced modern melodicas are made mainly of plastic.

There’s several moving parts, each of which are formed using a process called injection molding.

This is where plastic is heated until it is liquid, and then mechanically injected into a metal mold.

Once the plastic has cooled, the mold is removed, to reveal a highly detailed solid plastic part.

The reeds are always made of metal, and create the sound as air passes through them.

High end, bespoke melodicas can be made of wood and involve considerable craftsmanship.

See one being made here!

Some professional melodica players prefer to play melodicas that are made primarily from wood.

The instrument looks more professional, and generates a warmer sound.

Suzuki is the only company currently offering a mass produced wooden melodica.

The wooden parts are made of mahogany and beech, but the internal parts are plastic.

The Vibrandoneon is a fully wooden melodica, and was marketed by Victoria Accordions.

It’s a high quality instrument following the design of the piano accordion rather than the more recent melodicas.

Although it looks and sounds beautiful, it’s known to suffer from condensation issues.

There are two ways to use a microphone with a melodica.

The first is to use a tiny microphone which attaches to the inside of the melodica.

These microphones are perfect for playing on stage, as they’re small, and attached to the instrument. They enable the player to freely move around, without picking up the sound of other loud instruments.

A drawback of using these mics is that they sometimes pick up the sound of the keys moving.

Take a look at the Myers 3” micro goose neck.

The Hammond 44 is the only melodica with built in pick up mics.

You simply plug one end of a cable into the melodica, and the other into an amplifier or mixer.

The other way to use a microphone, is setting it up about 12 inches or 30cm from the melodica.

This is great for studio recording, or in an environment where there’s no noisy instruments nearby.

Because the microphone is set back from the instrument, it captures a fuller, more natural sound, and there’s no sound of the keys clanking.

Because melodicas are quite high pitched, they work well with dynamic microphones, which tend to round off the higher frequencies.

Good results have been achieved with the microphones on Zoom recorders, and also with the Shure SM57.

For the very best quality sound, use a large diaphragm condenser mic, such as the AKG C414.

What are the best melodicas?

When choosing a melodica to buy, there’s many choices to make.

Take a look at the melodica buying guide, which has specific recommendations.

Questions are welcome in the comments!

Related articles: How to tune a melodica | Learn to play a melodica 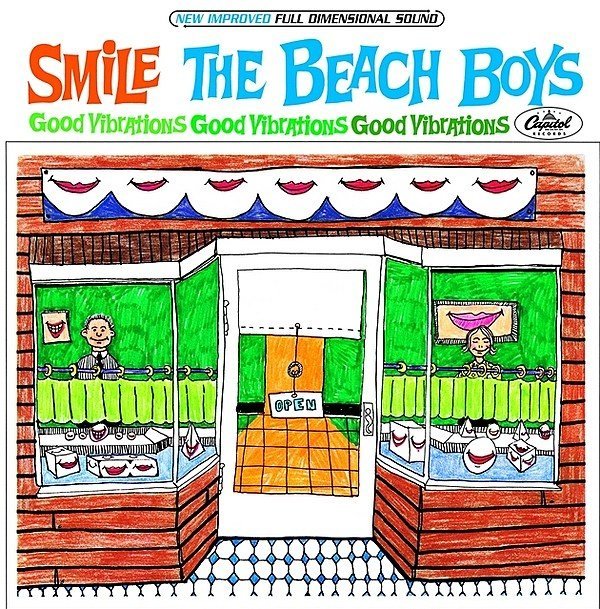 The Melodica in Pop Music 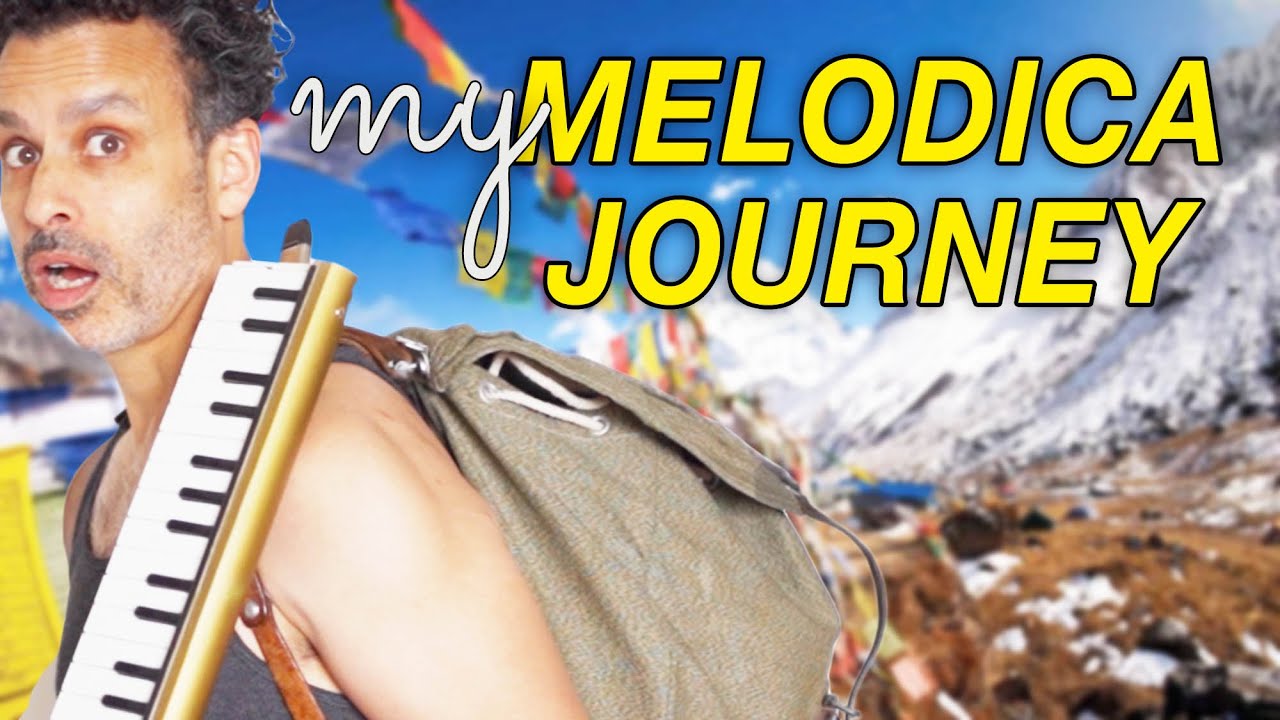 How I Came to Play Irish Melodica