I am now ready to post more detail on the Suzuki Melodion A-25C, which was the culmination of the development of Suzuki’s high end small (25-27 key) melodions. I have seen only one A-25C for sale, recently, on which I did not bid because it appeared to be in questionable condition, while I have two of the Kawai version, the Kawai 25-A, one in very good condition and the other virtually brand new. This Melodion is essentially the 25 key version of two of Suzuki’s best current models, the M-32C and the M-37C. Its only serious competitor among currently available Japanese keyboard harmonicas is the excellent Yamaha P-25F, to which it is, in my opinion, superior. I have now taken apart both my Kawai 25 A Melodions and have cleaned and tuned them. This is an easy model to take apart and tune. Four small screws release the end pieces, after which the instrument can be either rotated or slid out of its metal tray. Then four large screws secure the reed chamber cover. These can be easily and repeatedly removed and replaced during the tuning process without concern about stripping screw holes or heads. A No.1 precision screwdriver suffices for all screws. Here now are photos. You won’t see any difference between the two Melodions except for the discoloration of the reeds/reed plate on one, about which I’ll comment. 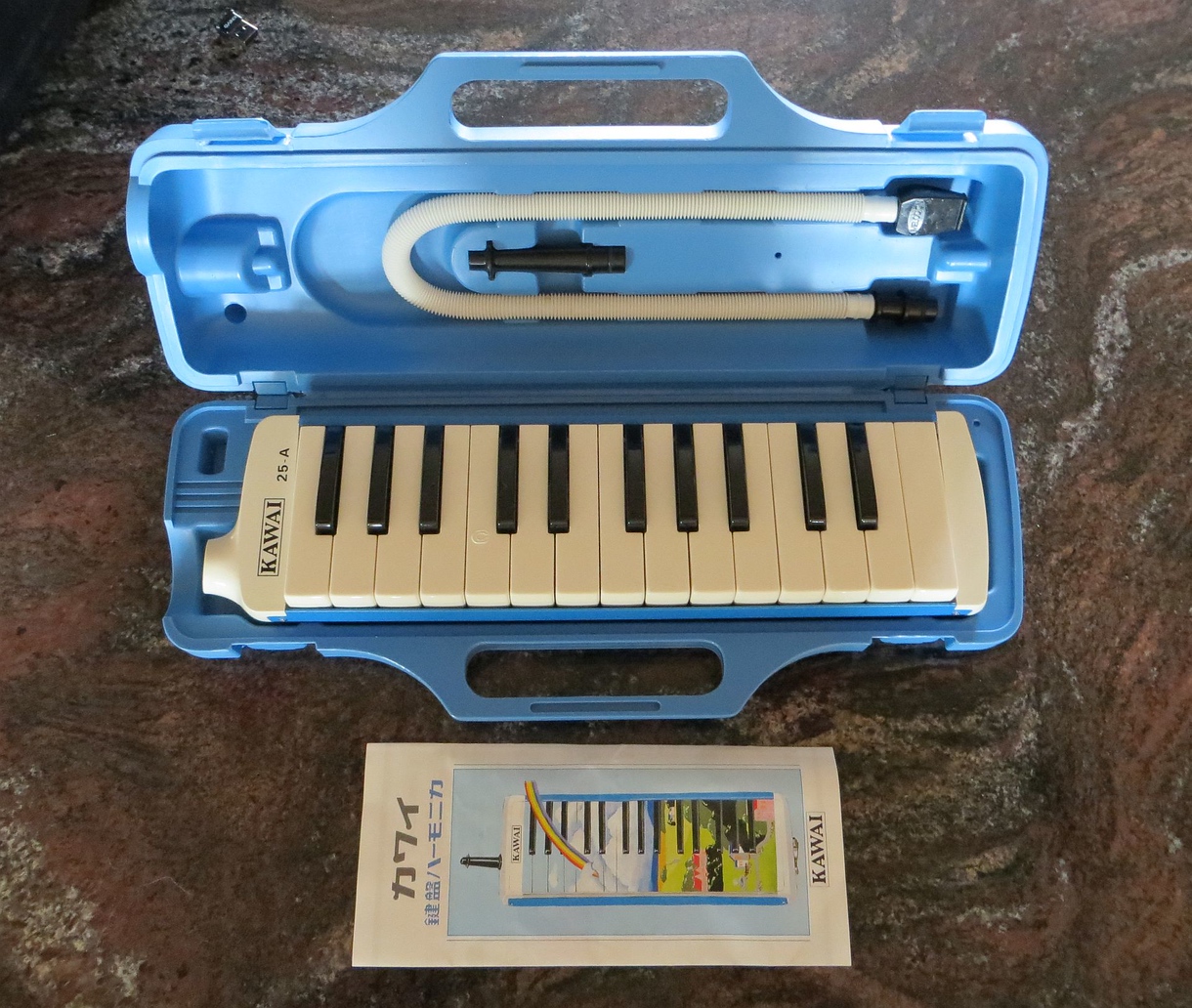 This is the one that’s in mint condition.

Once the end pieces are removed, the inner melodica slides out smoothly or can be easily rotated out. Construction and fit of the parts is excellent. 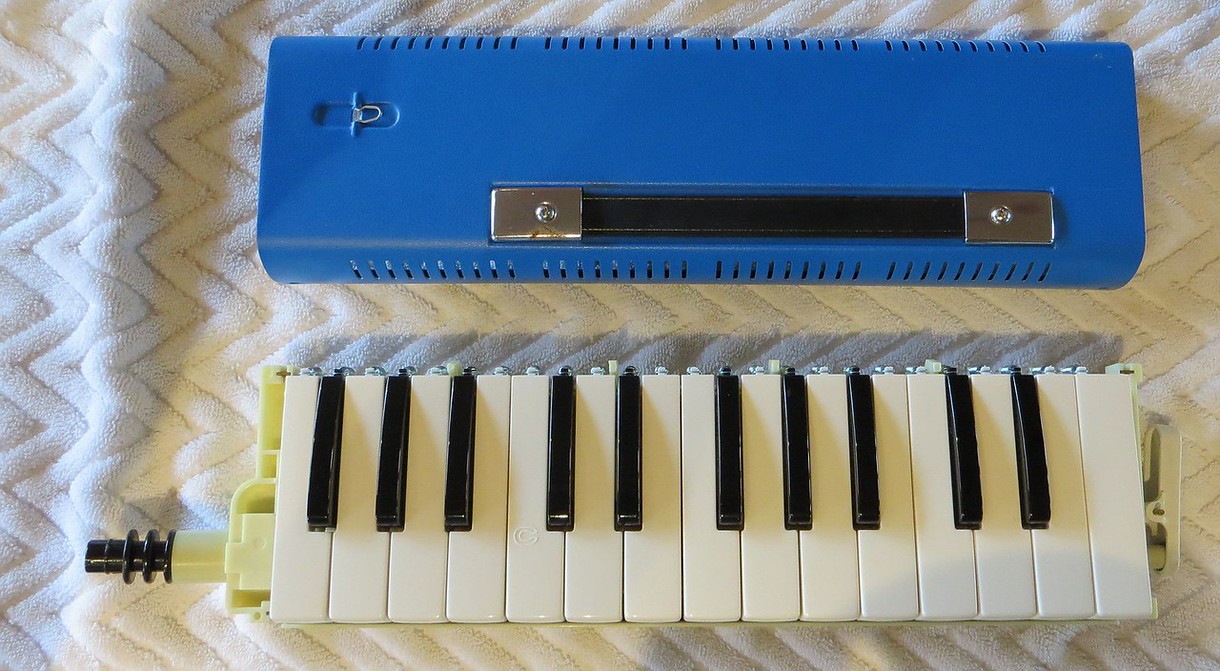 Okay, so here we see the only noticeable difference between these two Melodions, discoloration of the reeds on the one that has been used.

And so it gets a two hour soaking in a 1 to 3 vinegar-water solution:

And an easy going toothbrush work-over with moistened baking soda. Here are the reeds after cleaning:

as compared with the reeds of the mint condition specimen: 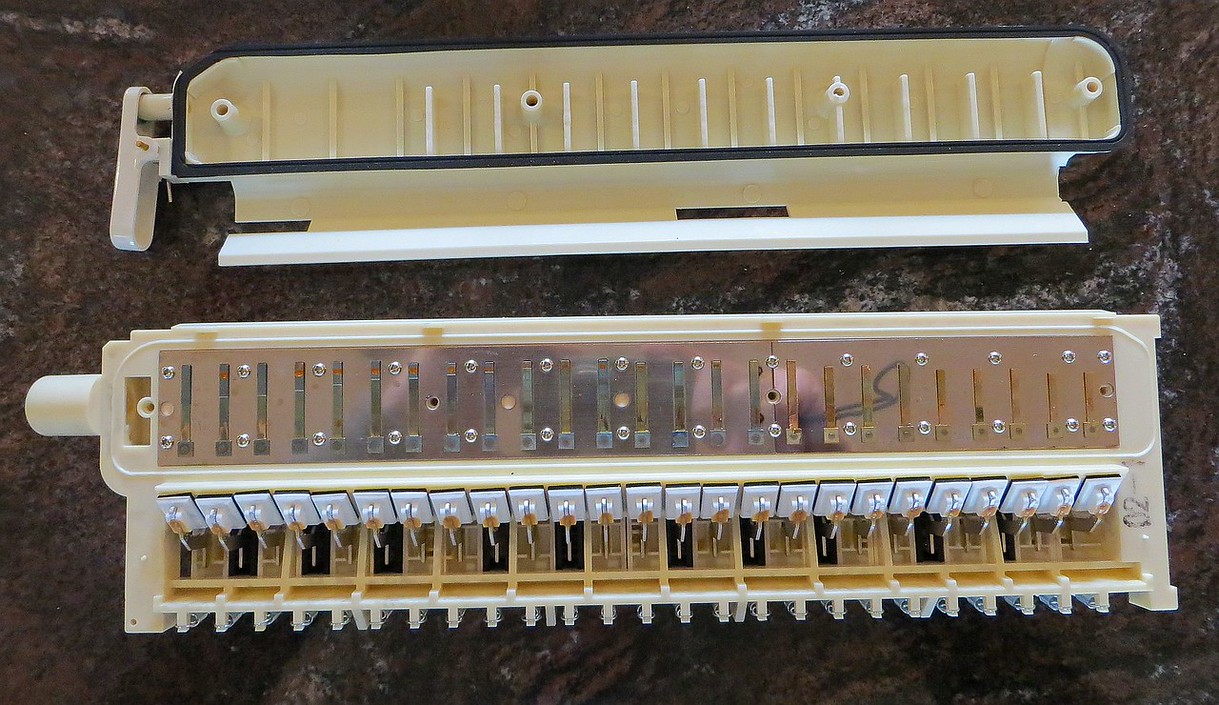 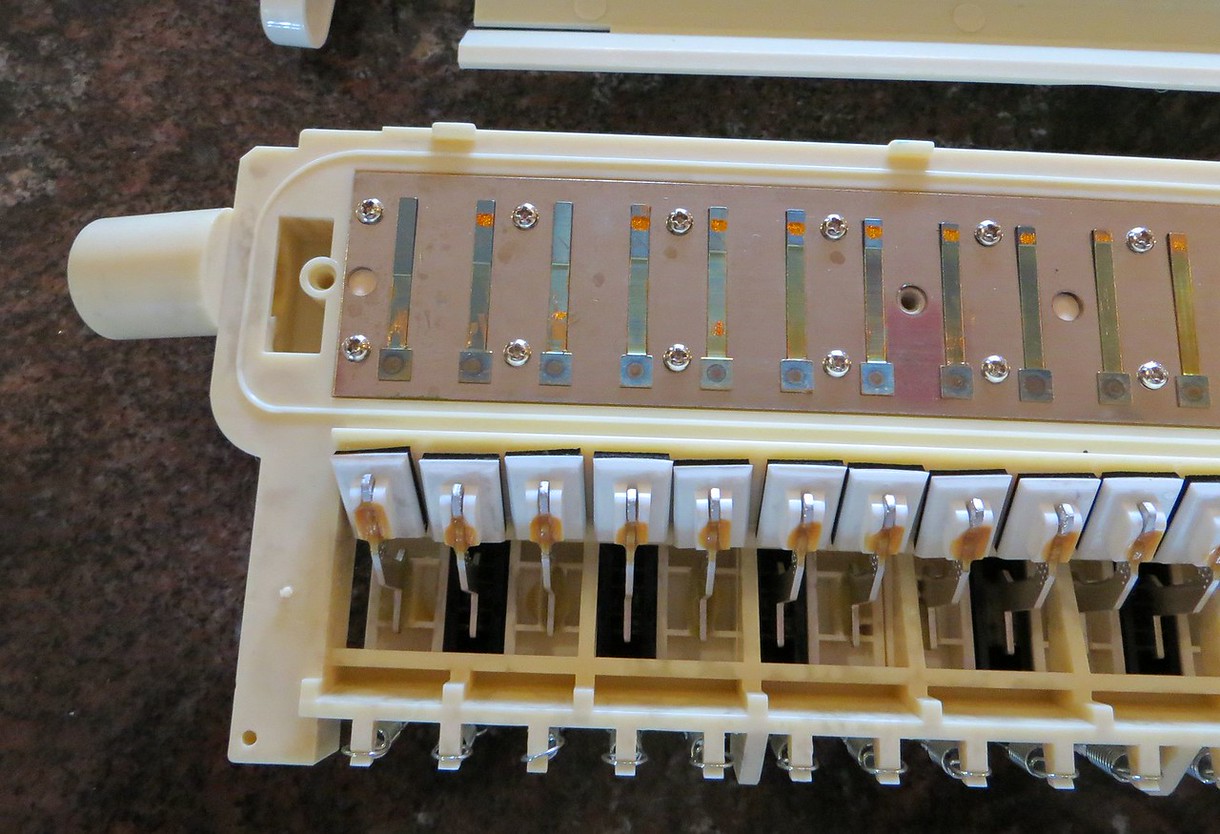 You can see that this Melodion has been tuned — at the factory I’m assuming, since there are no signs of its having been played.

A few gapping adjustments were required, as is illustrated here by an overhead view of gaps. C-5 is the reed with the gap that needed opening the reed to the left of the screw head on the right.

My main instrument for tuning reeds is now a variable speed electric engraver, with a few finishing touches done by hand.