I’ve been looking for the same, but for the P37D, as a reed recently failed. I don’t think the reed plates are for sale on their own.

You can see here that he compares the P37D to a cheap unbranded melodica of exactly the same design/dimensions, and as you can hear the sound is identical. So if the reeds are in fact the same, one of these could be used for parts.

When I removed the screws holding the reed plate on the P37D, and lifted the plate upwards it did seem that some sort of sealant, or very light glue had been used. 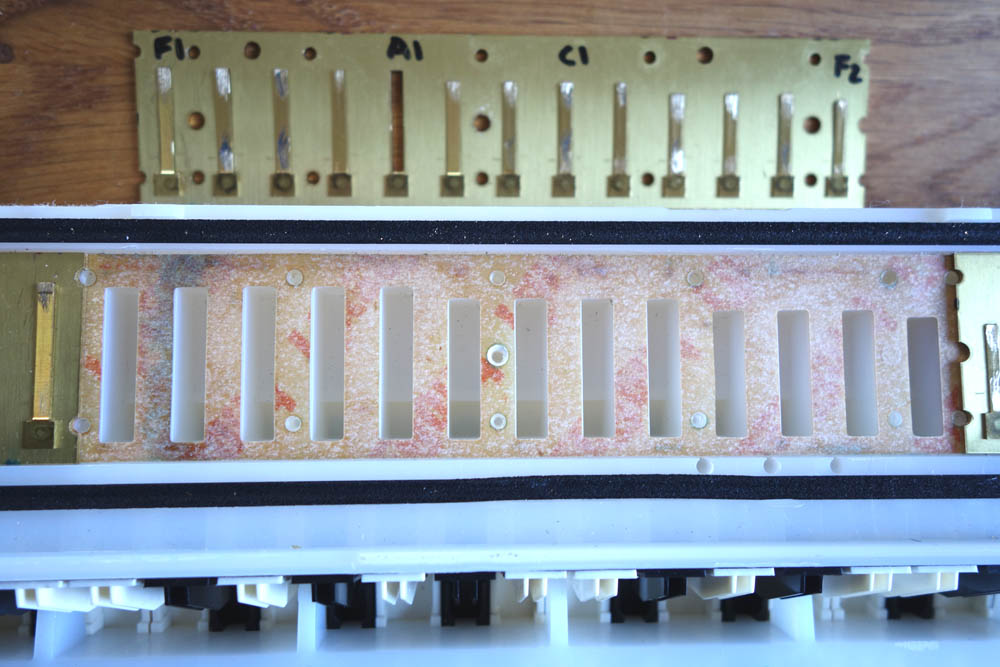