I’m not very knowledgeable about Hohner’s history in Brazil since I’m just starting at this melodica/accordion business. But I as far I as was able to understand from reasearch, Universal and Hohner were two different manufacturers, the former based on Caxias do Sul (RS) and the latter in Blumenau (SC), both southern brazilian ciites with a strong accordion tradition. 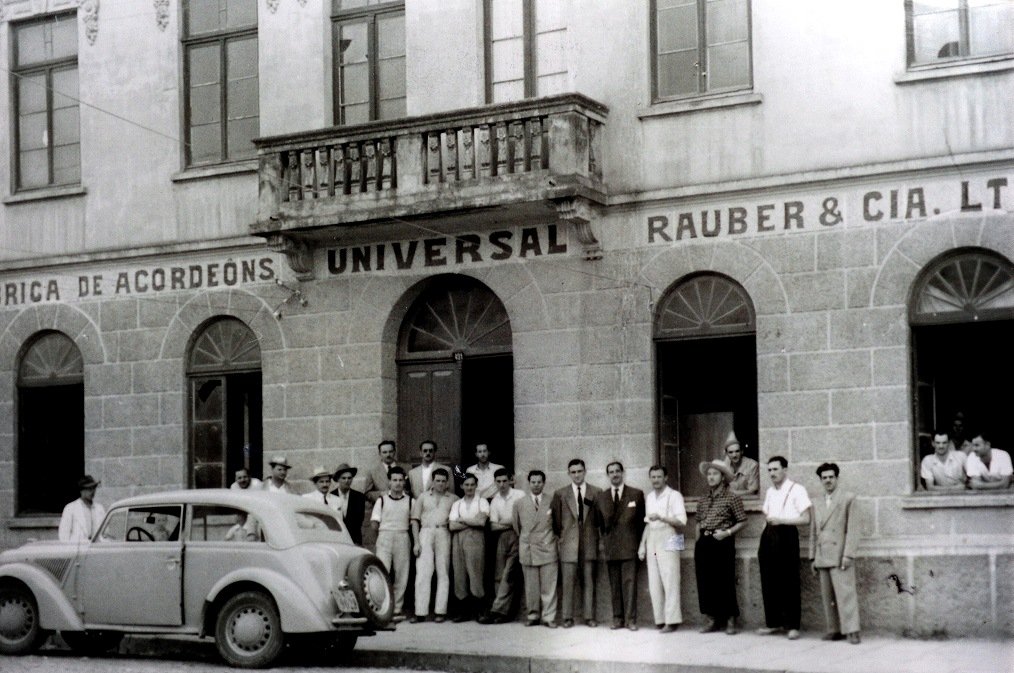 January, 1949: employees and managers pose in front of the Universal factory 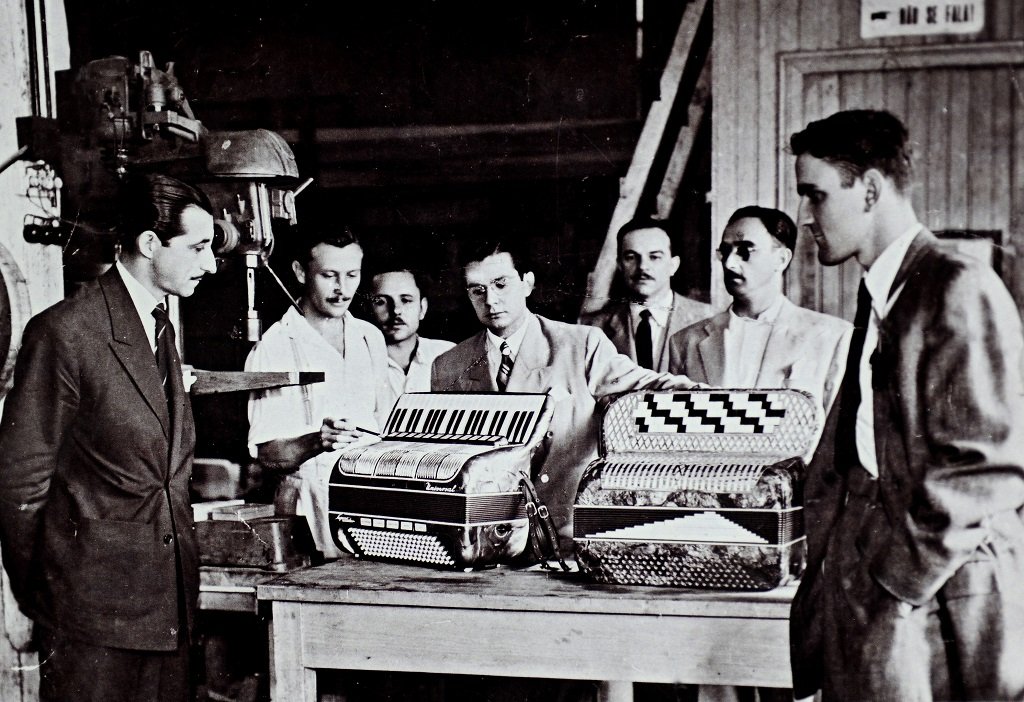 What I was able to understand, however, is that after the First World War a German immigrant named Alfred Hering, who was the son-in-law of a Hohner salesman, started a harmonica company based in Brazil. With the difficult economical situtation it wasn’t easy to import musical instruments, so his company (Hering) soon became famous and widespread throughout the country. Apparently, during the Second World War Hering was able to expand its market through to the USA, where harmonicas were already very popular, since now they couldn’t import the Hohner models from Germany.

In the 1960s Hohner bought Hering and remained in Brazil until late in the 70s, when economical shifts made them sell it to investors, who try to keep it at the same level of quality they learned while under Hohner management. The company is now in the hands of italian-born Alberto Bertolazzi and it’s still working.

The Hering harmonica company manufactured some melodicas also, but mainly toyish stuff as far as I could tell.

Not sure if that’s what you meant, but a nice story nonetheless.