This model is a close copy of the the very first Hohner Melodica, the HM-900, except that the key range is different, an octave up from its alto sibling, which has the same range as the Hohner HM-901. It is known that Suzuki honcho Manji Suzuki obtained a Hohner HM-900 in 1959. 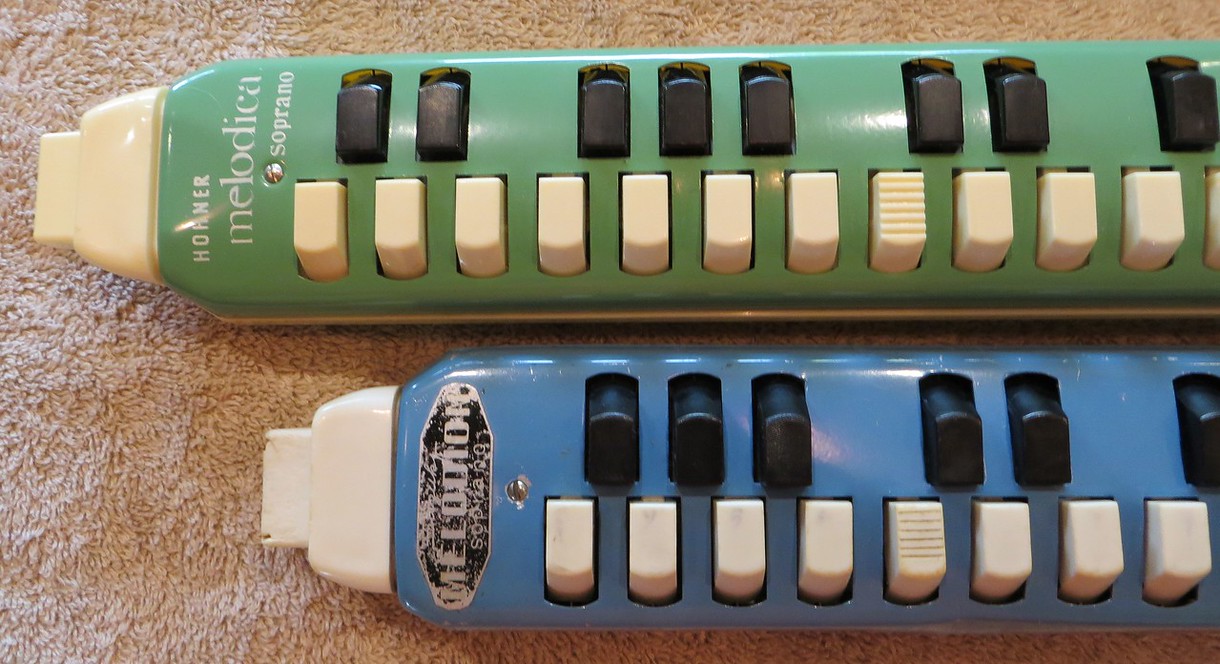 For those who are not familiar with the Hohner button models, it is clear from how the buttons work that they were designed to be played with both hands, black keys with the left hand. The same is true of the Suzuki.