Now I have some time. The piano harmonica I used in the recording above is a vintage Hohner Piano 27. The vintage Piano 26/27/32 series of Hohner keyboard harmonicas are the only models in the world that I know of that project the sound out of the back of the instrument. The sound exits through a narrow row of sound holes. One day about a year ago I discovered by accident that if you hold the back of this keyboard harmonica against your chest, the sound became muffled. I also discovered that if you move the instrument towards and away from your chest, or twist it open and closed against your chest, or do other things with it, you could modulate the sound in several big ways (wah wah, volume, vibrato, and other things that I still can’t explain and that I am still working on). To do this, you must hold the keyboard harmonica at the end opposite of the mouthpiece so that you can hold the back of the instrument tightly (at times) against your chest. I never hold a keyboard harmonica by the strap. I need to feel connected to the instrument. The downside is your head is forward and closing up your airway a bit. But sometimes I am also waving the instrument around high in the air as well. I have not found air flow to be a problem, but certainly I am not opening the airway up either as a teacher might suggest you do.

Sometimes I move the mic in close, coming in at chest height from the left side. So if I am facing 12:00 o’clock, the mic is positioned at 9:00 and facing me so that it catches all the sound coming out of the back of the instrument as I move it around. Lately, I have also experimented standing about 12 to 18 inches from mic but still having the mic at a 9:00 o’clock position. That is how I recorded the last jam posted above. The sound comes out of the back of the instrument, bounces off my chest, and is projected into the mic. It makes what is otherwise a fairly quiet instrument quite loud.

There is more too! If you fully compress a short (26- or 27-key) keyboard harmonica against your chest, basically sealing the outlet, and then pressurize the instrument to a high pressure, the reeds seem to act differently as you press a note and release the instrument from your chest. I think it causes an initial bend as well due to the release of the extremely high pressure. If the instrument is highly pressurized (held tightly against your chest) and you play notes, not only are the notes muffled because the outlet holes are sealed, but I think the reeds behave differently as well, and the sound is different.

Again, I do not fully understand what I am hearing yet, nor do I have explanations that I feel are accurate, but I do know that I am getting some really expressive results from these cheap, little, plastic melodicas that you can get on Ebay used for about 30 to 60 dollars.

If you are really into exploring melodicas, I would recommend getting one of these seemly unremarkable instruments and exploring some of the above techniques. The techniques may be hard to execute or seem awkward at first, but after a long while, you will learn the subtleties, feel more comfortable, and the effects will be enhanced. Don’t be surprised if at first you find the Piano 26/27/32 series melodicas to be mediocre. They are pretty much mid-level, plastic melodicas. But they have a sound I like and one magic feature–sound holes on the back! 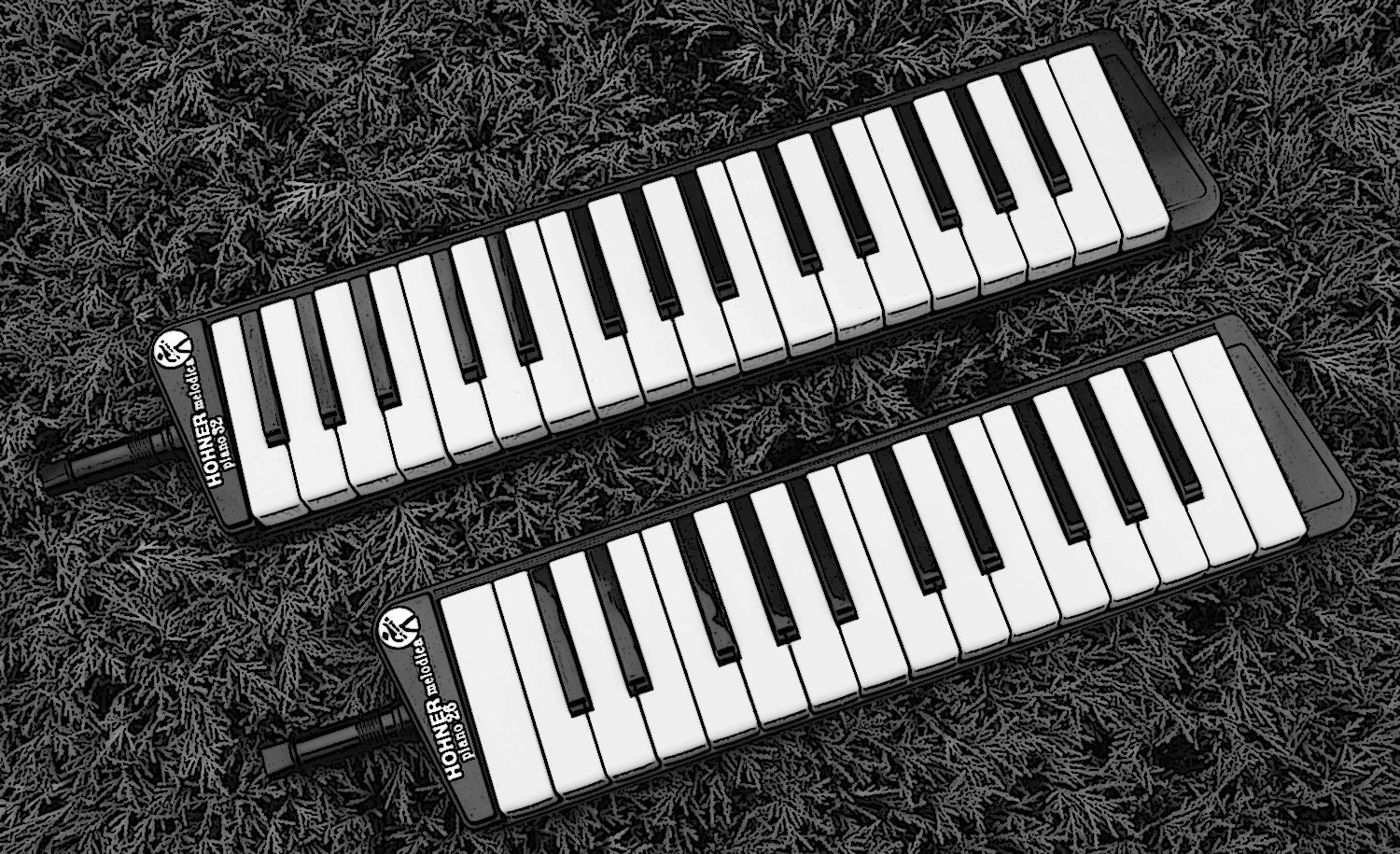